So, the other day I got a ‘working’ HP DesignJet 130nr and started trying to fix it. I guess the LM print head started to clot up during storage and transport.

On a side note – I found out there’s a reason HP call this series of printers ‘Ultra Low End‘. I can’t recommend getting one of these to anyone, even for free.

Anyway, since I was working with a syringe on the printer anyway (air in the ink-tubes.. again.. see above) I decided to find out how much ink was left in the LC cartridge that I had replaced last week. The printer had reported it as really and completely empty and I wanted to avoid having air in another tube.

Turns out that a properly emptied 85 cartridge is actually quite light, where as a new and a reported-empty cartridge have similar weights.

You can tell that it’s drained by the rubber dome at the bottom of the cartridge being sucked in completely – I don’t assume, however, that regular printer use can drain it that far. (Going out on a limb I’d assume that that dome is used to mechanically pressure the ink inside the cartridge.)

Well, there’s to that. 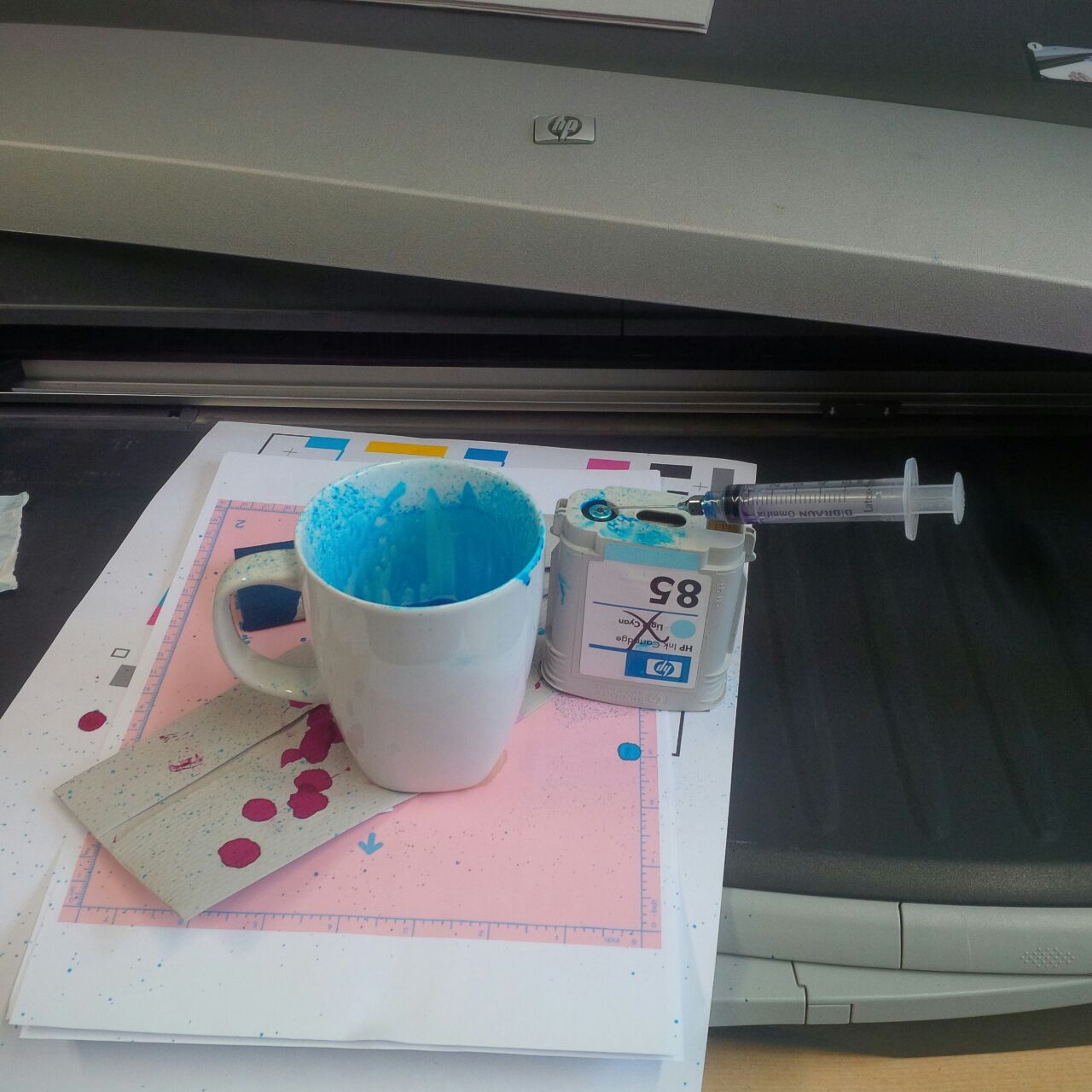 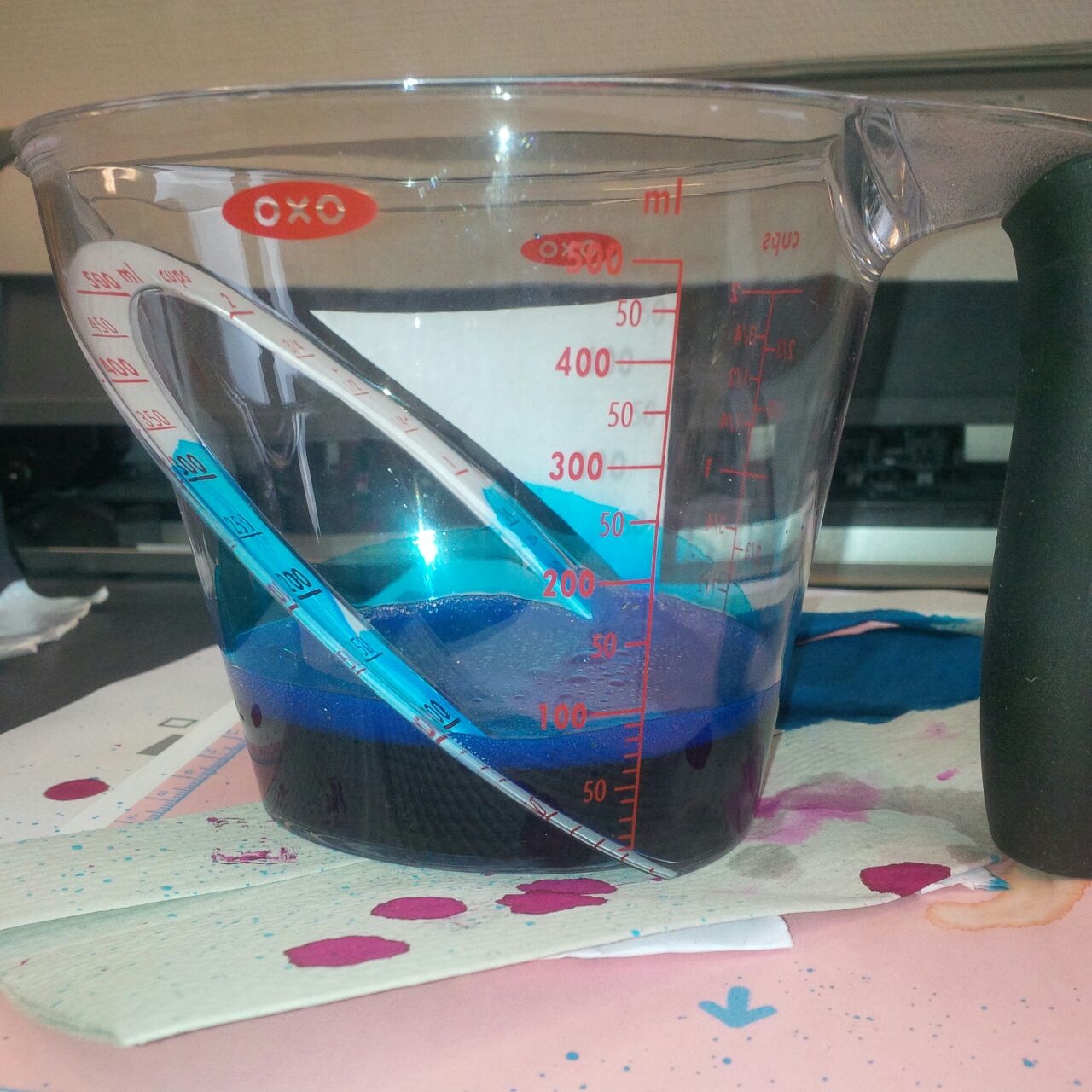 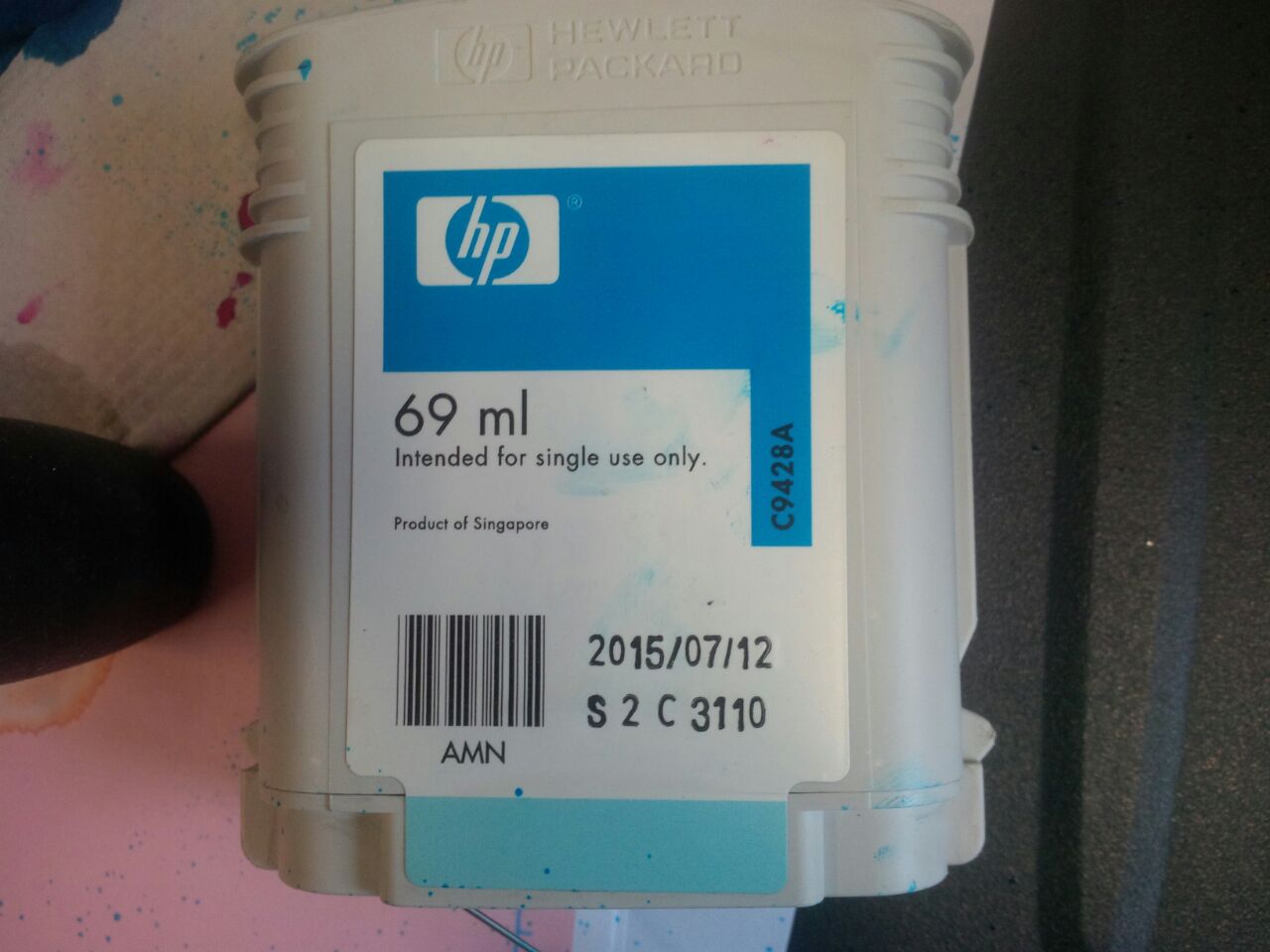